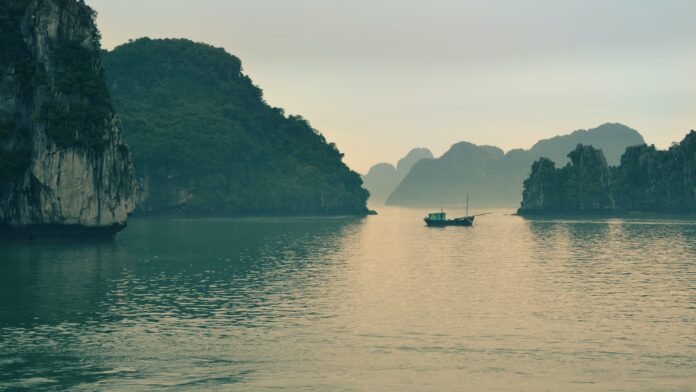 HANOI, Jan 18 (Reuters) – Vietnam risks missing a self-established 2025 deadline to complete reforms that would enable it to upgrade its stock market to emerging economy status and attract billions of dollars in investments, three officials told Reuters.

The delays have been caused by infighting between state institutions about key reforms, including on settlements and companies’ foreign ownership, the officials said, as the overhaul would increase supervisory tasks in a typically risk-averse nation.

The main bourse, the Ho Chi Minh City Stock Exchange (.VNI) , is the smallest among the main Southeast Asian economies, with a market capitalisation of about $180 billion, less than half that of Malaysia’s. It was one of the world’s worst performers last year, with a drop of more than 30% caused largely by turmoil in the property sector.

Despite being an open economy that relies on offshore industrial investment and whose total exports are as much as its gross domestic product, Vietnam has shielded its equity market by limiting foreign investor access.

As a result, top equity index managers classify Vietnam as a frontier market, together with much less developed economies such as Benin or Burkina Faso.

The government in July committed to aiming for an upgrade to emerging market status in at least one major index by 2025.

But infighting is delaying much-needed market reforms, three officials familiar with the discussions said. They all declined to be named because talks are internal.

One source directly involved in the discussions and another from the Vietnamese government said there could be at least a year’s delay unless significant progress is achieved shortly.

A third source said the upgrade may be postponed to the end of this decade.

The finance ministry did not respond to a request for comment.

The upgrades could boost stock prices by up to 3%, according to researchers Burcu Hacibedel and Jos van Bommel, who assessed the impact of index inclusions in 24 countries. For Vietnam that could mean cash inflows worth around $5 billion.

Other internal estimates, which one of the sources shared with Reuters, also pointed to an initial gain of between $5 billion and $8 billion, even if only a few stocks were eligible for inclusion, thanks to passive fund flows.

Additional liquidity is seen as crucial for Vietnamese banks, which account for about a third of the stock market capitalisation, to raise their comparatively low capital buffers, thus boosting financial stability.

The inclusion in any major emerging market index by 2025 would require an announcement a year earlier, leaving only about 11 months for authorities to adopt and implement complex market reforms, one of the sources said.

Index manager FTSE Russell added Vietnam in 2018 to its watchlist of frontier economies that could be upgraded, but “progress has been slower than anticipated”, it said in its latest update in September on equity reclassifications.

Index provider MSCI published in June a long list of reforms Vietnam needed to apply before an upgrade could be considered.

Both the FTSE and MSCI have publicly said that Vietnam’s prefunding requirement and strict limits on foreign ownership of shares are among the main hurdles to an emerging market status upgrade.

Two of the sources involved in talks to address these issues said the prefunding requirement was seen as the main problem, especially by MSCI.

Investors usually settle their trades two days after a deal in open markets, but in Vietnam they have to ensure the availability of funds prior to trade execution, which adds a significant cost for traders who execute multiple daily operations.

A possible solution involving the establishment of a clearing house is being hampered by Vietnam’s central bank, which would see its supervisory responsibilities grow as a result of the reform, sources said.

The central bank did not respond to a request for comment.

The other major hurdle is Vietnam’s strict limit on foreign ownership, which for banks is as low as 30% and has already been attained for many top lenders.

Authorities were discussing several options to raise the cap or effectively circumvent it, but no decision appeared imminent, sources said.

One possibility, two sources involved in the talks said, was to allow foreigners to buy shares with no voting rights, without tweaking the existing cap.

Another solution, which foreign investors are lobbying for, is to gradually raise the limit initially to 35%, but sources said the central bank would need months to get that change approved by parliament.

5 African Countries that’ll Attract the Most Investors in 2023