Scientists in Bulgaria may have figured out how to detect wormholes 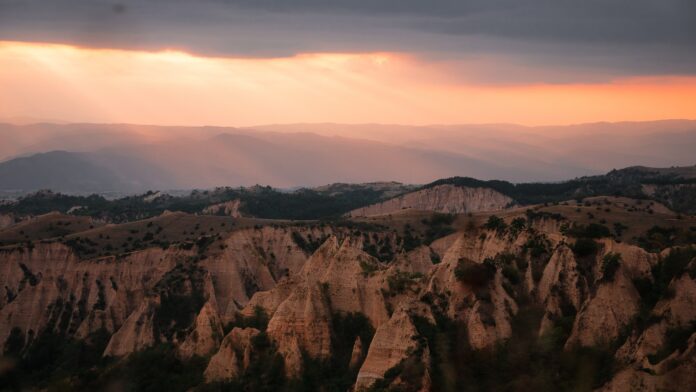 A team of researchers at the University of Sofia in Bulgaria may have figured out a novel method for detecting wormholes — assuming, of course, they exist at all.

Wormholes are theoretical shortcuts through space and time. Supposedly, if you were to fly a spaceship into one, you could travel massive distances in a relatively short amount of time. This is quite different from a typical black hole — an object from which not even light can escape.

The problem with trying to detect wormholes is that they look a lot like black holes . Currently, we don’t have the technology to directly observe either. We study gravitational waves and cosmic background radiation in order to determine what lies beyond the boundaries of visibility. This makes telling them apart hard, and the fact that we’re not even sure wormholes actually exist ups the difficulty quite a lot.

Subscribe to our newsletter now for a weekly recap of our favorite AI stories in your inbox.

In order to find black holes (and, hopefully wormholes) scientists look at innumerable data points gleaned from special telescopes and deep space sensors. This data is made up of figures and measurements on radiation intensity, density, position, direction, and any other measurable statistics we can come up with. Scientists sort through the data and attempt to make comparisons between indirectly observed phenomena and the stuff we can observe directly.

It’s like watching a NASCAR race where all the cars but one are invisible. And then using math to figure out how many other cars are on the track and exactly what their position is at any given moment.

It wouldn’t be impossible, but it would certainly be challenging. And, in the case of wormholes, that challenge is exponentially multiplied. The racetrack would be of infinite size, the potential number of cars is unlimited, and we have the vantage point of a single-celled organism stuck inside of a tire tread on one of the vehicles.

Luckily, we have a series of math ideas on how gravity works at the universal scale, those being Einstein’s equations. Through certain solutions (interpretations using various assumptions) of those equations, scientists have come up with all sorts of interesting ideas about how the universe might work, including the theoretical existence of wormholes.

If we assume black holes exist then, mathematically speaking, there’s plenty of reason to believe wormholes exist. This begs several questions. Can matter safely traverse a wormhole? Is there one close enough for humans to ever visit? How many are there? How big or small can they be?

But, before we can approach any of those questions, we need evidence they exist. Currently, all we have are theories that they could or maybe even should exist. Finding actual evidence for one is another issue altogether.

To that end, researchers at the University of Sofia in Bulgaria recently came up with a couple of twists on the methodology for detecting black holes that could help us to differentiate between singularities and wormholes.

The new methods involve detecting extremely specific machinations of light — a certain type of polarization that occurs in the theoretical throat of a wormhole — in order to differentiate the specific gravity radiation of a wormhole with an outlet from an inescapable black hole .

If the researchers are right, it means we could potentially glean the existence of any nearby wormholes from data we already have. If they’re close enough for us to have already detected them using the new method, there’s a better than nil chance they’d be masquerading as black holes in our current databases.

Neural’s take: This is amazing research with the potential to lead to what would arguably be the most exciting discovery in the history of science.

But (there’s always a but!) from what we can tell, even though the scientists know what they’re looking for now, they’d have to get extremely lucky to detect a wormhole even if it was right under our noses.

The scientists posit one situation where an object of specific size, in a specific position, would block an exact amount of radiation from the wormhole so that we could measure a specific wavelength with greater accuracy than would otherwise be possible.

This is like searching for a needle in a haystack by looking at its shadow and hoping desperately that, through some random occurrence of the universe, the light hits the needle just right so that its shadow is visible separately from the blobby shadow of the haystack.

They posit another where the wormhole’s throat aligns perfectly with the angle of our observation. In other words, out of the infinite positions from which we might indirectly observe the radiation of a wormhole, there’s probably one or two that would allow us to differentiate it from a black hole. And, with a near-infinite amount of luck, we might just happen across a wormhole that exists in the exact position necessary for us to detect it.

The fact that it’s still going to be hard to find wormholes shouldn’t diminish how amazing this study is. Thanks to the work of these researchers, we’re closer than ever to determining if wormholes exist.

That’s exciting for a lot of science fiction-y reasons, but it’s also a veritable eureka moment for physicists because finding evidence for wormholes would fill in a lot of the missing pieces in the puzzle that is our universe. You can check out the (paywalled) research paper here .

‘I did my little as governor, you should do more as professor’ – Peter Obi replies Soludo

‘I did my little as governor, you should do more as professor’ – Peter Obi replies Soludo