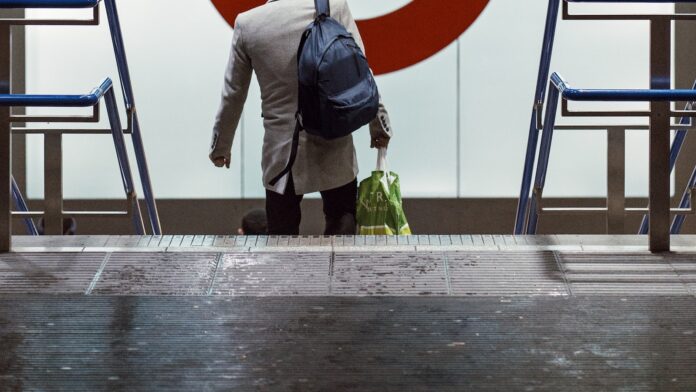 The sudden collapse of FTX, the world’s third-largest cryptocurrency exchange, underlines how important it is for any investor to learn about the risks they take when they park their money with a lightly regulated firm.

FTX and its affiliate companies filed for bankruptcy Nov. 11. The company’s founder, Sam Bankman-Fried, resigned his position as CEO and was replaced by John J. Ray III, a lawyer who has worked on the bankruptcies of Enron, Nortel Networks and many other companies.

Bankman-Fried is staying on with FTX “to assist with an orderly transition,” according to a press release.

FTX, based in the Bahamas, held about $16 billion in customer assets but had lent about $10 billion of those funds to Alameda Research , a trading firm also run by Bankman-Fried and headquartered in Hong Kong, according to a Wall Street Journal report. Alameda, in turn, had lent out billions of dollars, with some loans secured by FTT, a cryptocurrency created by FTX, according to a Nov. 2 report from CoinDesk .

The value of FTT crashed as FTX faced $5 billion in customer withdrawal requests last weekend, which left FTX facing an $8 billion shortfall, according to Bankman-Fried . Binance, the world’s largest crypto exchange, had said it was selling its $500 million in FTT based on reports of FTX’s loans to Alameda.

In this week’s Distributed Ledger column, Frances Yue rounds up the collapse of FTX, rescue attempts and industry reaction .

Weston Blasi summarizes Bankman-Fried’s stunning claim that he was unaware of FTX’s leverage risk, including an apparent lack of basic financial controls .

More coverage and differing opinions as this story develops:

The rise and fall of Sam Bankman-Fried

Lukas I. Alpert chronicles FTX and Alameda Research founder Sam Bankman-Fried’s rapid rise and the instant collapse of his businesses .

More: Crypto billionaire Sam Bankman-Fried’s net worth could shrink by over $13 billion

What does the crypto crash mean for financial markets?

MarketWatch’s Need to Know column is an early-morning roundup of important areas of concern for investors each trading day.

On Nov. 10, as FTX was quickly coming apart, Thomas H. Kee Jr., CEO of Stock Traders Daily and portfolio manger at Equity Logic, described how a decline in excess liquidity had reversed the run-up for cryptocurrencies and riskier stocks. He explained how this might play out in the broader stock market.

He also shared buying opportunities brought about by this year’s declines.

Bitcoin’s volatility may not be as great as you think

itself doesn’t represent the type of risk that FTX and Alameda Research took by accepting a virtual coin as collateral for billions of dollars worth of loans. But it sure is volatile.

So how volatile is bitcoin? Mark Hulbert’s conclusion may surprise you.

What’s really going on with inflation?

As usual, the devil is in the details. Here’s a set of deeper looks at the inflation data:

How to handle company stock if you lose your job

This is an uncertain time, even for the largest tech companies that had been increasing staff levels steadily for years.

is reviewing expenses of unprofitable units . The biggest corporate expense is always employees.

Often when an employees are shown the door, they are still holding options in their former employer’s stock. Here’s how to handle that situation if it happens to you.

Semiconductor stocks may have started rebounding

The post-CPI euphoria may turn out to be just another bear market rally , but SOXX now trades for 16.7 times weighted-consensus forward-earnings estimates among analysts polled by FactSet. That’s lower than the forward P/E of 17.3 for the S&P 500
SPX,

— this may still be a good point for long-term investors to scoop up semiconductor stocks at attractive prices.

Related: Semiconductor stocks have bounced from 2022 lows — and analysts expect upside of at least 28% in the next year

Advice on untangling your finances before retirement

You may have worked hard and saved and invested for retirement, but have you unwittingly set up a complicated mess that may be difficult to manage? Alessandra Malito has advice on how to organize your finances for retirement .

Want more from MarketWatch? Sign up for this and other newsletters , and get the latest news, personal finance and investing advice.