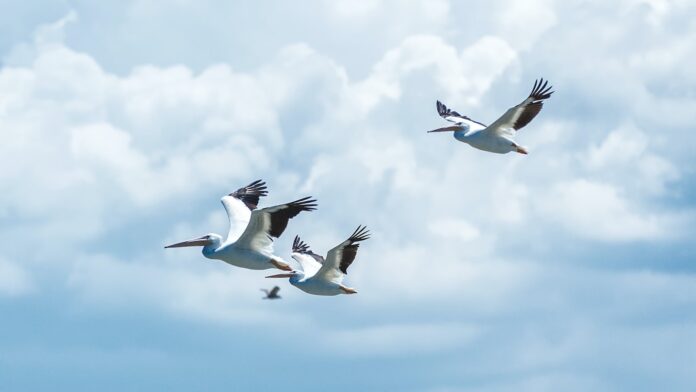 The group’s linear pay-TV subscriber base (measured on a 90-day active basis) increased by 1.0m (5%) to reach 22.1m households, comprising 9.1m (41%) in South Africa and 13.0m (59%) in the Rest of Africa (RoA). The Rest of Africa maintained its growth trajectory on the back of successful local content productions. In South Africa, growth rates recovered during the second half of the reporting period despite evidence of rising consumer pressure.

Highlights for the period are as follows:

The group continued to pursue its differentiation strategy through local content. It launched two more local channels in sub-Saharan Africa and produced another 3 084 hours of local content, an increase of 15% YoY. Accounting for 48% of total general entertainment spend, this ongoing investment in local content brought the total content library to around 73 000 hours. In Nigeria, a new season of Big Brother Naija delivered record viewership, as well as strong growth in advertising revenues. In South Africa, the group produced two co-productions (Blood Psalms and Girl, Taken) to critical acclaim, with another seven co-productions in the pipeline. Reyka, an original co-production, was nominated for the coveted Drama Series prize at the International Emmy Awards 2022. The group is currently producing the epic original drama series, Shaka Ilembe, which will be broadcast during 2023 and is already receiving significant international interest. It also continues to roll out adaptations of popular telenovelas in different regions, such as 1Magic’s The River which has been successfully adapted as Kina in Kenya and O Rio in Angola.

SuperSport continued to build on its world class sport offering. Rights renewals for the period included the new LIV golf tour, SA Netball and WWE. The group also broadcast the Comrades Marathon for the first time in August this year. SuperSport Schools has grown rapidly, benefiting from the addition of more than 50 schools to the platform year-to-date and an almost three-fold increase in the number of hours of content compared to the previous six months. The platform has received more than 15 million cumulative video views since launch.

On the product front, the group recently launched the DStv Streama, a device which facilitates the streaming of DStv and other partner applications through a normal television set in a connected environment. To further enable growth of the group’s online products, DStv Internet has made new fibre bundles available through wholesale partnerships. The group also announced that it will launch its own TV set towards the end of FY24. This new DStv Glass panel is an exciting voice-activated device that will feature all the major streaming apps, including Showmax. It is Sky’s second Glass syndication globally.

The South African business enjoyed further growth in the mass market. It also reported positive subscriber growth for the Premium package through more enticing bundle offers, product aggregation benefits and a strong sports line-up. The middle segment remained under pressure, as consumers in this segment are most impacted by elevated unemployment rates and consumer indebtedness, as well as rising inflation and interest rates. Frequent load-shedding negatively impacted active subscriber numbers toward the end of September.

Revenue decreased 2% to R17.4bn due to a weaker than normal first quarter, when the impact of the football off-season was exacerbated by an extremely challenging consumer climate. Generating additional revenue streams continues to be a main focus and the business saw growth in insurance customers, further traction in DStv Internet with the launch of new fibre bundles and new additions to the DStv Rewards programme. Trading profit of R6.0bn resulted in a trading margin of 34.5% but the seasonality of the cost base is likely to result in the full-year margin being within the 28-30% target range.

The Rest of Africa business benefited from the popularity of local content such as Big Brother Naija and popular sports such as European football and WWE. Revenue of R10.5bn reflects a strong 28% increase (13% organic), supported by a stable subscriber mix, inflationary price increases as well as an uplift from the weaker Rand when translating the segment’s dollar revenues. Trading losses narrowed to R0.3bn, a 79% improvement YoY on an organic basis, as the growth in subscription revenues was partially offset by the increased investment in decoders ahead of the FWC. Although liquidity challenges continued in Nigeria, the group was able to repatriate cash at a premium to the official exchange rate, which resulted in a R1.0bn foreign exchange loss on extraction.

Connected Video users on the DStv app and Showmax continue to grow as broadband penetration improves and online consumption increases. The YoY growth rate for paying Showmax subscribers was a strong 50%, while the overall online user base increased by a healthy 13%. Showmax further localised its business by adding more local payment channels and partners, which enabled local billing in various markets. The local content line-up was particularly strong with titles like Real Housewives of Lagos, Troukoors season 2, Uthando Lodumo season 2, Diiche and Steinheist. Showmax Pro, the group’s standalone OTT sports product, enjoyed strong growth, supported by the broadcast of sport properties such as English Premier League, UEFA Champions League and the Europa League.

The technology segment is still facing shortages in silicon supply and disruptions in global supply chains. Irdeto’s revenues were down 13% YoY (25% organic) to R0.7bn, but it still contributed R0.4bn to group trading profit as strong cost containment resulted in healthy margins.

During the current period, Irdeto continued to gain market share in the video entertainment sector, including deployments with a major European broadcaster and a leading media and entertainment company in South-East Asia. The business continued to expand its deployment of connected vehicles with Hyundai, and started providing its Keystone solution in large truck fleets and construction equipment rental companies. Denuvo, Irdeto’s gaming security arm, launched protection for games developed for the Nintendo Switch platform and joined Amazon Web Services for Games to broaden the reach of its solutions to include smaller game studios around the globe. Irdeto also won numerous industry awards and was recognized as the winner in the best cybersecurity company category of the 2022 Cybersecurity Excellence Awards.

KingMakers delivered $93m (R1.5bn) in revenues, representing strong growth of 62% YoY. It recorded a loss after tax amounting to $16m (R0.3bn) due to the impact of an ongoing investment in people and technology to further scale the business. The business is growing rapidly in Nigeria, where it is increasing its market share and it is building its
presence in other African markets.

“Despite the challenging macro-economic environment, we are well positioned given our exciting content slate. In the second half of the financial year, a core focus will be the broadcasting of the 2022 FIFA World Cup and producing more local content that resonates with our customers”, continued Mawela.

The group will be looking to grow its online offering and further scale its Showmax paying subscriber base, supported by the recent launch of the Streama, the introduction of more bundled services and competitive pricing. Tight cost management remains an ongoing priority and the group is on track to exceed its cost-cutting target for the year. Given strong growth momentum, it is also confident about returning the Rest of Africa segment to profitability in the current financial year.

“Going forward, we will look for more opportunities to grow beyond pay-television. We will also be bringing additional value-added services to our customers as part of our strategy to build a broader consumer offering”, concluded Mawela.

Ethereum Classic: How long should you continue HODLing during this crypto winter