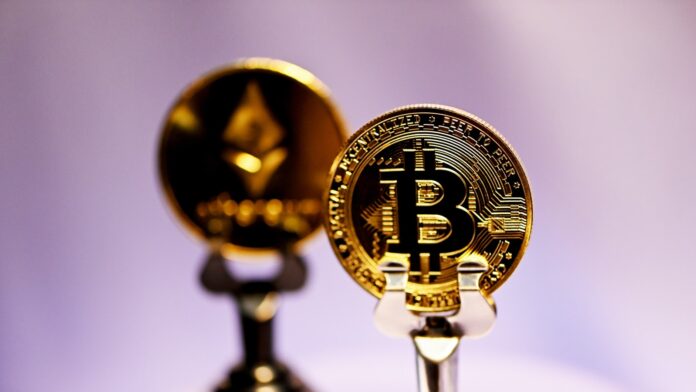 The stars are older than all of us, and older than history itself. Yet bring up astrology with the Bitcoin crowd , and for the most part the response is skepticism or even mockery. Both the study and the cryptocurrency itself share several similarities, such as a mathematical foundation, cyclical behaviors, and unusual financial applications.

If you are the type to believe, or are just curious, a notable full moon is passing, leading into the autumnal equinox tomorrow. How might this seasonal shift impact the cryptocurrency market trend, and how does math apply to what many believe to be pure myth?

Planets all revolve around the sun. Their position at the time each person is born and there forth is believed to instill certain influences at distinct moments. Depending on the rotation and layout of the planets, it can have all kinds of seasonal impacts. The Farmer’s Almanac uses such cycles to predict how much snow each winter holds, for example.

Certain conjunctions are said to bring about famine, drought, or worse. For example, historians believe that a a triple conjunction of Saturn, Jupiter and Mars caused the Black Death plague.

The late WD Gann used planetary influences along with math to predict tops and bottoms with “legendary” precision. He taught no one his tricks, but left all kinds of bizarre mathematical tools behind that few know how to take advantage of.

So how does this all impact Bitcoin?

The new moon and full moon chart alone shows significant correlation with Bitcoin price action. Just last night as BTC plunged near $40,000, the full Harvest moon and last full moon of the summer was passing. The moon was named for the fact that farmers used the moon’s light to work late into the night on annual harvests ahead of colder months.

It has been a long, arduous summer for crypto holders, but this moon could be a sign that its time to reap the fruit of one’s labors as the autumn equinox hits.

Could The Fall And Golden Ratio Be The Key To The Next Bitcoin Peak?

The equinox signals change is coming. Change in the season; change in the way humans behave based on those seasons. Seasonality in finance is real, hence the phrase “sell in May, and go away.” The opposite idea is called the Halloween Effect , where investors buy up assets big time to sell around the holidays when enthusiasm is highest.

Seasonality and equinoxes don’t always work with the first ever cryptocurrency, but when combined with the power of the Harvest full moon and other favorable mathematical positioning, there is a recipe for something special.

Each final leg up in each Bitcoin bull run has begun at the autumnal equinox, driving to new all-time highs until the winter equinox arrives. Since fall arrives each year, but the same effect doesn’t occur, the necessary ingredient for liftoff is a pullback to the golden ratio.

Bitcoin price has always retraced back to the golden ratio , before blasting off to the end of the cycle. Below it has never been filled no matter the cycle. If the same scenario plays out, anyone that has survived the summer’s bearish heat, will have a very happy holiday season.

To be fully clear, everything written here is pure conjecture based on correlation and past cycles and performance. These aren’t a guarantee of future results. But when the math adds up and Fibonacci is everywhere in nature, why wouldn’t the sum of the full moon, autumnal equinox, and Bitcoin be something very interesting.

In closing, we’ll leave you with the JP Morgan quote: