Why some fashion collaborations make good investments (and most … 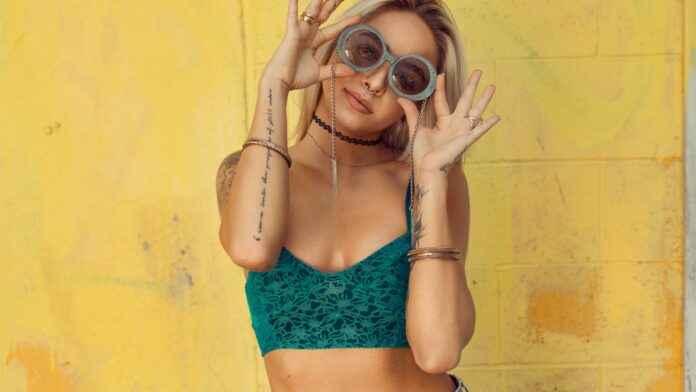 One plus one always equals two, but sometimes in fashion, things are not the sum of their parts. Sometimes, they add up to something smaller. I’m speaking of collaborations, which seem to have eaten fashion alive. And the more unlikely the pairing, the more “fashionable” they seem to have become.

Last October, we appeared to have reached the peak of this nonsense (or maybe the depths of it?) when Shein, the Chinese fast-fashion company that allegedly produces 2000 distinct items of clothing a day, released a Frida Kahlo range. Excuse me while I un-knit my monobrow – the mind boggles.

As it transpired, the range was a collaboration with the Frida Kahlo Corporation, which has been in a legal stoush with the family of Frida Kahlo over trademark issues for nearly a decade. No doubt this has only made things worse.

I seem to be in the minority in my thinking because fashion, and consumers, love collaborations. Personally, the thought of Tiffany & Co. creating a non-fungible token in partnership with CryptoPunk makes me want to hurl an Elsa Peretti cuff out the window, but even if I wanted to purchase a token, I’d be fresh out of luck: they are sold out. (Of a virtual item. The mind positively jangles.)

If you thought a Birkenstock designed by Manolo Blahnik wouldn’t find its feet, you’d be wrong. If you wonder who might buy a $900 Givenchy T-shirt printed with images from Disney’s 101 Dalmatians, the answer is: plenty of people. Stock remains in only two sizes.

If you are puzzled by why The North Face would create puffers with Gucci’s interlocking G Guccissima print, you might consider that each successive collection has sold out.

Fashion works best when it has a distinct point of view, and in a collaboration this is very difficult to achieve. It’s not impossible: bringing together two talented minds who might not have much in common on paper can yield incredible results (Raf Simons and Miuccia Prada). That is true collaboration. What I’m talking about is a series of products with a logo stamped on top. It isn’t imaginative. It’s not new. And in the words of my Year 7 tennis coach: “It’s a waste of my time and your money.”

Fashion should be absurd, but in the way that JW Anderson’s pigeon-shaped bag is absurd, not in the way that Fendi putting its logo all over Kim Kardashian’s Skims underwear line is. It should make us pause and widen our eyes because it is beautiful, covetable and original. These products do not meet that criteria.

Collaborations began with diffusion lines, ways for designers to create lower-priced items for a more mainstream audience, but they’ve morphed into something entirely different: basically, two popular brands trying to capture the Venn diagram of their distinct audiences.

But I don’t want a Burberry trench covered in Minecraft blocks . I want a Burberry trench because it is durable and stylish and makes absolutely everyone who wears it look like they are in control of their lives. I am a grown woman, and so is Stella McCartney – so why did she create a range of clothing emblazoned with Disney illustrations? Collaboration is meant to enhance. This dilutes.

In 2023, I want to see designers shine for who they are and for the voice they bring to fashion. I want some ownership, a perspective, not a blatant cash-in designed to appeal to every 19-year-old with an Afterpay account. In fashion, after all, less is usually more.

Lauren Sams Fashion editorLauren Sams is the fashion editor, based in Sydney. She writes about lifestyle including the arts, entertainment, fashion and travel. Lauren has worked as a features editor and fashion journalist for ELLE, marie claire and more. Email Lauren at [email protected]