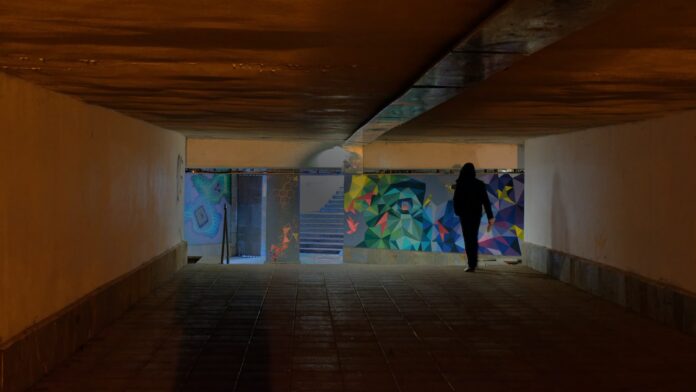 RFE/RL journalists report the news in 21 countries where a free press is banned by the government or not fully established. We provide what many…

Russia has been hit by waves of Western sanctions for its unprovoked invasion of Ukraine, including its energy sector, a major source of revenue for the Kremlin.

On December 5, 2022, Russia’s ability to sell crude oil got harder when it was blocked from transporting its black gold by ship to the EU. Moreover, that same day, an EU cap on the price of Russian oil exports of $60 per barrel took effect.

Data suggests the latest measures are having an impact. Russian oil exports have fallen to a two-year low, and the price of Russian crude has slipped to levels not seen since the start of its full-scale attack on Ukraine on February 24, 2022.

But while nearly all of the EU is cutting its deliveries of Russian oil, Bulgaria, also a member of NATO, appears to be bucking the trend. As 2022 ended, Bulgaria had become the third-largest purchaser of Russian oil in the world.

Bulgaria is not defying sanctions. Sofia has secured itself from Brussels an exemption, allowing it to take shipments of Russian oil delivered by sea. The measure had widespread support across the political spectrum in Bulgaria, with Kiril Petkov, the former prime minister of one of Bulgaria’s most pro-Western governments ever, lobbying for it.

All of the Russian crude oil delivered to Bulgaria ends up at the Neftochim Burgas refinery, which is said to be the largest such facility in the Balkans. The refinery, located in the Black Sea port of Burgas, is also owned by LUKoil, Russia’s second-largest oil producer. Bulgaria is heavily dependent on Neftochim Burgas, with every car and truck in the country said to be fueled by its gas and diesel.

The money from the sale of fossil fuels is unequivocally a major contributor to the Russian state budget. Since 2006, more than 60 percent of Russia’s federal budget revenues have come from sales of oil and natural gas with the share from oil some five times higher than gas.

But the latest data shows Western sanctions are starting to bite. Russian crude oil exports fell in December 2022, according to numbers from S&P Global Commodity Insights.

The amount of Russian crude oil being loaded at the country’s ports at the end of 2022 averaged 2.65 million barrels per day. That’s down about 14 percent from the previous month, November.

“The main buyers are China and India with more than half, and in December [2022] the third-largest buyer of Russian oil in the world was Bulgaria,” said Kostantsa Rangelova , an energy expert at the Sofia-based Center for the Study of Democracy, in an interview with RFE/RL’s Bulgarian Servic e. (Turkey previously held the position as the third-largest buyer.)

The increase in Bulgarian oil purchases is due to the exemption it received in June 2022 from the European Commission, allowing it to keep importing crude oil and petroleum products from Russia by sea until the end of 2024 despite the EU-wide ban in force since December last year. Under another special exemption, the commission also allowed Bulgaria to export to Ukraine diesel products refined locally from imported Russian crude oil.

“In May 2022, there was a significant increase in these imports compared to the typical levels of previous months, and since then they have remained at these elevated levels up till the latest available data from December,” Rangelova said.

The data published by S&P Global shows that, in December 2022, Bulgaria imported about 150,000 barrels of Russian oil per day.

Since the beginning of 2022, LUKoil has processed more than 7 million tons of crude oil at the Burgas refinery. This is almost twice as much as in 2021, when about 4.2 million tons were processed.

This status quo, however, might not last forever, with LUKoil coming under increasing pressure globally — and in Bulgaria.

The Russian oil giant is recalculating its business across Europe. On January 9, the company announced it had reached an agreement to sell its ISAB oil refinery in Sicily.

That came days after it announced it could sell its businesses in Romania and Moldova, including gas stations, a refinery in Ploiesti, Romania — where it also owns a wind farm — along with oil depots in both countries.

In Bulgaria, politicians are watching keenly to see if LUKoil can finally pay up. As part of the EU’s exemption, the Russian company vowed to pay local taxes from the revenue generated inside Bulgaria. That’s something LUKoil has not done for years, with officials long suspecting the company was cooking the books.

Since at least 2006, the company has regularly reported yearly financial losses with few exceptions. In 2020, that loss was a whopping 500 million lev ($292 million). No declared profits mean no income taxes paid into Bulgaria’s state coffers.

Generating revenue will soon be even harder for LUKoil. Under the EU exemption, the Neftochim Burgas refinery cannot export fuels or oil products from February 5 — with the exception of deliveries to Ukraine. The refinery is also allowed to export byproducts that cannot be safely stored in Bulgaria and could pose an environmental hazard.

Only allowed to sell the diesel in Bulgaria or ship it to Ukraine, Neftochim Burgas has suggested the ban could be a death knell for its business, perhaps prompting the Bulgarian parliament to prepare for a possible government takeover.

On January 13, Bulgarian lawmakers decided that the state can now take control of the refinery , in a vote aimed at protecting critical infrastructure and ensuring fuel supplies for the Balkan country.

LUKoil Neftochim did not respond to requests for comment by RFE/RL’s Bulgarian Service.

Energy expert Rangelova, however, suggested that the company could look for ways to skirt the fresh EU ban.

“It is very easy to play with how exactly to label the fuel that is exported, and with a more creative mixing of the products, there really won’t be any change,” the Bulgarian analyst said.

There is also the question of whether LUKoil remains loyal to the Kremlin.

An investigation by the German daily WELT published on January 18 found that Bulgaria, with Petkov at the helm of the government, had provided Ukraine with crucial support in the early days of the Russian invasion, including shipments of diesel from the Burgas refinery.

“Bulgaria became one of the largest exporters of diesel to Ukraine and at times covered 40 percent of Ukraine’s needs,” former Finance Minister Assen Vassilev told WELT .

Today, with it feeling the sanctions pinch and its market shrinking, LUKoil might not be in such a charitable mood.

RFE/RL journalists report the news in 21 countries where a free press is banned by the government or not fully established. We provide what many…