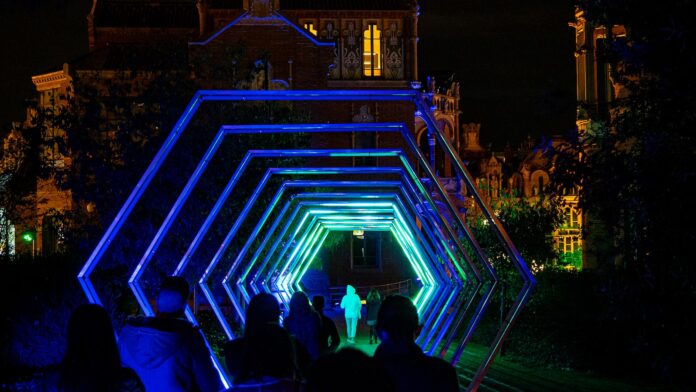 Universal access to healthcare is an essential human right that is critical to sustainable development because time and health are two precious assets that we don’t recognise and appreciate until they are no longer there.

There are some scholars who believe Nigeria is yet to adopt innovative ways to protect the poor and vulnerable populations against the financial risk of ill health like the Obamacare we had in the United States. However, the administration of Governor Yahaya Bello of Kogi state has been an exception since 2016. It has been changing the narrative, setting precedents and records for others to emulate.

Governor Bello is not just investing huge sums of money in health infrastructure across the state and investing huge effort and time in formulating policies to expand the space for quality healthcare delivery in the state, he is actually very intentional and meticulous in the pursuit of his long-term goal to eradicate medical tourism.

The administration’s investments in the health sector has been deliberate. The reforms have been deep-rooted, far-reaching and well-informed. Even the infrastructural projects have been gigantic and conspicuous.

The monumental Reference Hospital in Okene which is the first of its kind in Nigeria was built by Governor Bello to eradicate medical tourism.

The enrollment of vulnerable people into the health insurance scheme has been massive. He also introduced the Healthcare Plus to help expectant mothers and children below five years of age get access to quality healthcare. With the Bello Cares initiative, citizens now enjoy free medical care in the state, the first of its kind in the country.

Governor Bello’s reforms have put the state in the right direction for Universal Health Coverage (Health for all). It was on the basis of this that the state recently emerged as the Best Performing State in the World Bank-supported Accelerating Nutrition Results in Nigeria (ANRiN) project, outshining 10 other states assessed for the project’s Community-Based Nutrition Service Delivery. The award was received by officials of the state government at the 6th ANRIN Implementation Support event, held in Abuja.

The ANRiN project, supported by the World Bank, is a priority healthcare project, aimed at increasing the utilisation of quality, cost-effective nutrition services for pregnant and lactating women, adolescent girls, and children to reduce illnesses and enhance their overall well-being.

The drivers of the project, who are non-state actors recruited through the World Bank’s procurement processes, noted that participating states, through the provision of basic health needs, including deworming for children (12-59 months), IFA supplementation for pregnant women, malaria care for pregnant women, among others, would be able to reduce infant and maternal mortality drastically.

Governor Bello has in recent months made winning World Bank awards and accolades an obsession. On two occasions, he also won World Bank awards on Transparency and Accountabilty for returning huge sums of money meant for environmental projects to the Bank which were redistributed to other states who need the monies at that point in time.

If they talk about working hard for your people, putting smile on people’s faces and making sure their problems are your problems, the Kogi state governor has hardly put a foot wrong since 2016. And if we talk about legacy for a fulfilled man who is leaving office in like a year from now, what the governor is doing now is like tightening his legacy and cementing an everlasting bond with the good people of the Confluence State.