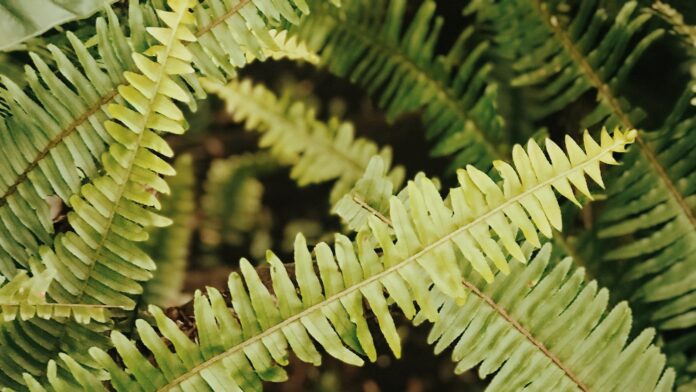 This 500,000 square foot property in Quebec is one of the biggest assets in Summit’s portfolio (Source: Summit)

GIC is teaming up with a Canadian partner to buy out Toronto-listed Summit Industrial Income REIT for C$5.9 billion ($4.37 billion), as the Singaporean sovereign wealth fund makes its second mega-investments in logistics real estate in less than a week.

Together with Dream Industrial REIT, GIC has agreed to acquire Summit for C$23.50 per unit in cash according to a joint announcement Monday, with the deal giving the partners ownership of a portfolio of 160 warehouses spanning 21.59 million square feet (2 million square metres) across four provinces in Canada.

The buyout was announced just five days after the world’s fifth-largest sovereign wealth fund set up a $600 million JV with Hong Kong-based ESR Group to acquire core industrial and logistics assets across India, as GIC continues to add warehouse investments to its assets under management, which are reported to exceed $700 billion.

The GIC-Dream Industrial offer represents a 31 percent premium to Summit’s closing price on Friday of C$17.93 per unit and a 19.5 percent markup over its estimated net asset value of C$19.66 per unit. Following the announcement, Summit’s stock jumped 25 percent to end at C$22.50 on Monday.

“We are pleased to provide an immediate and certain premium value to our unitholders through this all-cash transaction with GIC and Dream,” said Paul Dykeman, chief executive and trustee of Summit. He added that, “We are confident this transaction is in the best interest of the REIT and unitholders.”

The offer was announced after Summit’s board of trustees voted unanimously to accept the GIC-Dream Industrial deal, which had first been backed by a special committee of the board.

Summit’s trustees and executive officers, who collectively hold around 6.9 percent of the issued and outstanding units, have entered into voting and support agreements to vote in favour of the transaction, the statement said.

The deal, which is expected to be completed in the first quarter of 2023, remains subject to approval by Summit unitholders as well as by the courts and regulators.

Taking over Summit’s portfolio will more than double the size of DIR’s holdings in Canada to 43 million square feet, according to the announcement. At that time, Canadian properties would make up 53 percent of its entire portfolio, with another 41 percent in Europe and the remaining 6 percent in the US.

The JV, where GIC holds a 90 percent interest to DIR’s 10 percent share, will also assume $925 million of Summit’s outstanding debt, in addition to its existing mortgages. A subsidiary of Toronto-based developer Dream Asset Management Corp, which is the sponsor of Dream Industrial REIT, will serve as the asset manager for the JV while DIR provides property management and accounting, construction management and leasing services.

“Combining with Summit will add scale and quality to our Canadian platform and amplify our fee generation business,” said Brian Pauls, chief executive officer of DIR. “This transaction will provide DIR with the ability to grow accretively with a more diversified source of growth capital.

The JV’s sole financial advisor was TD Securities and hired CBRE as its property advisor. Osler, Hoskin & Harcourt LLP and Stikeman Elliott LLP were the legal advisors for DIR and GIC respectively.

As of 30 June, Summit had 160 operating assets that were 99 percent occupied and 13 development projects that will add 2.3 million square feet in additional space to the venture once completed, making its overall portfolio worth C$5 billion.

The REIT’s operating properties registered C$46.8 million in net rental income in the second quarter, up 13.8 percent year on year. The portfolio’s net operating income, which measures profitability, also went up 7.7 percent to C$39.7 million during the same period.

Comprising mostly warehouses, nearly half of the portfolio or 79 assets are located in Ontario, followed by 50 properties in Alberta, 28 sheds in Quebec and one in New Brunswick.

DIR noted that Canada’s industrial real estate market had just 1.3 percent vacancy during the most recent quarter, when rents grew by 29 percent on an annualised basis.

“We believe that the Canadian industrial market dynamics are supportive of continued long-term growth in rental rates,” the trust said. “Availability of land in major markets and continued escalation of construction costs limit new supply growth.”

Taking over a Canadian REIT marks GIC’s second major industrial investment in a week after the sovereign fund launched its $600 million JV with ESR announced Thursday. GIC took an 80 percent stake in that venture, which focuses on acquiring income-producing logistics assets across major cities in India.

The back-to-back acquisitions adds to the string of overseas investments made by the Singapore sovereign wealth fund so far this year, including the $14 billion buyout deal it led in September to acquire Store Capital , a US REIT focused on sale-leasebacks, alongside partner Oak Street.

That same month, the Singapore investor purchased a controlling stake in Sani/Ikos Group through a deal that valued the Mediterranean luxury resort owner-operator at €2.3 billion (then $2.3 billion).

In October, GIC reportedly invested A$400 million (then $257 million) in a fund managed by Australia’s Gurner Group, which aims to develop a pipeline of condo projects in Sydney worth A$1.75 billion.

That residential deal came after GIC committed to a pair of acquisitions in August when it backed Florida-based Workspace Property Trust in its purchase of a majority stake in 41 US suburban office assets for $1.13 billion, following its purchase of a half stake in an A$800 million ($568 million) Melbourne office project from Australian property giant Charter Hall.

The world’s most active state-owned sovereign wealth fund has been involved in over $23 billion worth of offshore real estate investments since August.