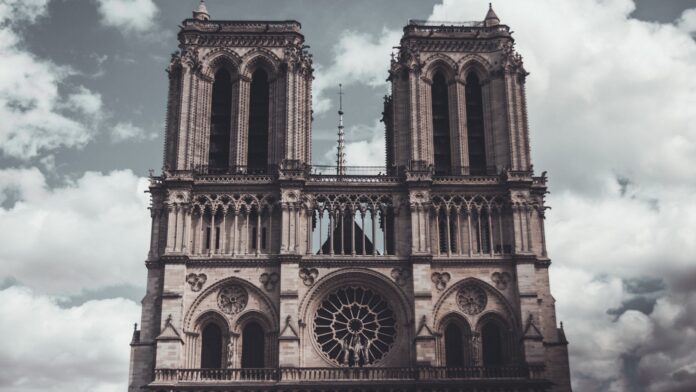 Foreign Secretary James Cleverly is in Sharm el-Sheikh at COP27 today to call for tangible action to deliver on the commitments made at COP26 in Glasgow and support developing economies to tackle the impacts of climate change.

The Foreign Secretary will today announce a range of significant UK investments worth more than £100 million to support developing economies to respond to climate-related disasters and adapt to the impacts of climate change, delivering on targets set at COP26.

The Prime Minister is expected to make a raft of adaptation-related announcements at the conference later today, including that the UK will triple funding for adaptation programmes from £500 million in 2019 to £1.5 billion in 2025

Mr Cleverly will also argue that long-term prosperity depends on taking action on climate change and ramping up investment in renewable energy across the world, pointing to the impact of Russia’s illegal invasion of Ukraine on the global economy.

The Glasgow Climate Pact gave the world the tools to limit the rise in global temperature to 1.5 degrees and build a secure and sustainable future.

Now is the time for all countries to step up their action on climate change and deliver the tangible change needed.

The UK will continue to play a leading role in this mission. The funding we have announced will support countries which are facing the devastating impact of climate change, to adapt effectively.

The Foreign Secretary will announce today that the UK will provide £20.7 million in Disaster Risk Financing to support countries which face climate-related disasters, helping them to afford insurance and to access reliable funding, more quickly, after a disaster.

As an example, this funding will allow the World Food Programme to insure food supplies for almost 5 million people across 23 vulnerable countries in cases of climate-related disasters, and will help small island developing states build resilience to extreme weather events.

This support is part of the commitment made in 2021 at the UK G7 in Carbis Bay, Cornwall, to spend £120 million on Disaster Risk Financing.

In Nigeria, the UK will provide a £95 million investment to support the development of climate-resilient agriculture programmes, for example through scaling up heat tolerant crop varieties. The funding will support more than 4 million people, including 2 million women, to increase productivity while reducing emissions.

At a meeting with his Colombian counterparts, the Foreign Secretary will also sign a Memorandum of Understanding with Colombia to renew their “Partnership for Sustainable Growth “, deepening bilateral cooperation on climate change and increasing efforts to protect and restore nature and biodiversity in land and marine ecosystems.

Under the UK’s COP Presidency, almost all developed country climate finance providers made new, forward-looking climate finance commitments, with many doubling or even quadrupling support for developing countries to take climate action.

The Climate Finance Delivery Plan Progress Report has reaffirmed that the climate finance goal will be met by developed countries by 2023 latest, with over $500bn mobilised over the 5-year period 2021-25.

The COP26 Outcomes report details key achievements across the UK Presidency’s four overarching goals of mitigation, adaptation, loss and damage, finance and collaboration. Highlights from COP26 and the UK Presidency include:

£13m Adaptation and Loss and Damage package includes £5m for the Santiago Network and £4m for Climate Risk Management including the Risk-Informed Early Action Partnership (REAP).

/Public Release. This material from the originating organization/author(s) may be of a point-in-time nature, edited for clarity, style and length. The views and opinions expressed are those of the author(s).View in full here .