They Gave Black Mothers in Mississippi $1,000 a Month. It Changed Their Lives. 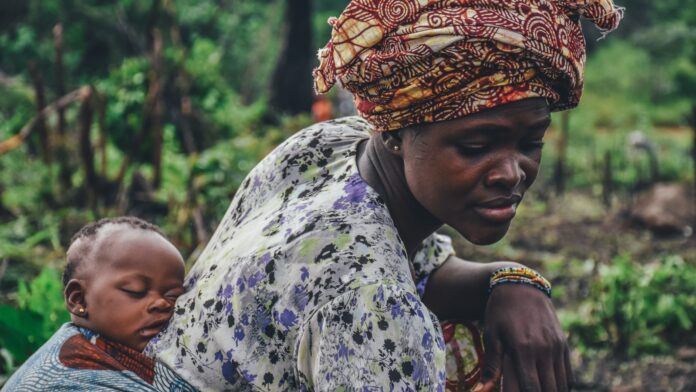 Tamara Ware is used to getting calls offering financial advice from her community specialist, a social worker of sorts at Springboard to Opportunities, a nonprofit that provides support to the residents of the affordable housing complex where she lives in Jackson, Mississippi, with her three daughters. But one day in February 2020 she got a call that would change her life. The woman on the other end told her she had been selected to be part of the Magnolia Mother’s Trust , a guaranteed income pilot that gives Black mothers like her $1,000 a month for a year, no strings attached. Weeks earlier, Ware had completed the paperwork to be considered for the program and written “please pick me” on the margins, but still assumed she’d never hear back. “It was like a one in a million chance,” she said. “I never get anything, I don’t win anything.”

Ware’s community specialist is “sassy,” she said, which is why they get along. But it was also why Ware assumed she was joking when she said Ware was selected. It was no joke. When she realized the truth, Ware said, she screamed. When the pandemic began, she had decided to leave her job to protect her youngest daughter, who has asthma. The Magnolia Mother’s Trust money came “right on time,” she said.

The Magnolia Mother’s Trust is the longest-running basic income experiment since the Nixon era, and is among the first to try out the idea on a city level. But unlike recent programs in Stockton, California , or Newark, New Jersey, which select from a wider pool, it’s targeted at only Black mothers, acting in some ways like a child allowance. Most other developed countries have implemented a child allowance, but the United States has been an outlier, at least until pandemic politics offered an opportunity earlier this year. Biden’s Covid economic recovery bill, which Congress passed in March, has for the first time expanded the Child Tax Credit (CTC) so that money is sent each month to all families up to a certain income level. Over 90 percent of families with children will receive as much as $300 a month for every child under age six and $250 for older ones. It’s an idea that started with Democrats, but some Republicans have warmed to it; Senator Mitt Romney released his own proposal for monthly direct payments for parents earlier this year.

It only took a few rounds of the new CTC payments for the country to see a marked reduction in poverty and hunger. But they are due to expire at the end of the year unless Congress acts. Democrats have proposed extending the payments for at least another four years, although no Republicans have gotten on board, and even moderate Democrats are threatening to derail it from Biden’s Build Back Better reconciliation bill. As the country considers permanently creating a child allowance, the women who have received money from the Magnolia Mother’s Trust offer a glimpse of how it could radically transform parents’ and children’s lives.

Four years ago, Aisha Nyandoro, chief executive officer of Springboard to Opportunities , a nonprofit that offers services like financial planning and childcare to about 2,500 low-income Mississippians who live in affordable housing, started worrying that, despite those programs, “we were not moving the needle on poverty,” that people weren’t able to move out and move up. So she went directly to the residents and asked what was missing. “The common denominator in all these stories we heard were about cash scarcity,” she said. The Temporary Assistance for Needy Families program is supposed to offer cash to poor families, but rules and restrictions have made it nearly impossible to get, especially in Mississippi, where in 2017 the state enrolled less than 2 percent of applicants.

Nyandoro went “down a rabbit hole,” she said, researching how to give residents money. At the time, guaranteed income was an idea just entering the national conversation, and there weren’t many on-the-ground experiments. No matter; she launched her own with funding from the Economic Security Project , which has backed a number of guaranteed income pilots across the country. The first cohort of 20 Black mothers started receiving $1,000 a month in December 2018. Today, the program has expanded to 100 mothers and gives them an additional $1,000 in a 529 college savings account for their children.

It has had a huge impact. Among last year’s recipients, the ability to pay bills on time increased from fewer than a third to 83 percent. Less than two-thirds of them had enough money for food before the payments; 81 percent did after. There was a similar increase in the share who were able to regularly buy their children new clothes and shoes. More of them had cars and were able to afford gas. Nearly 90 percent had money saved for emergencies by the end of the program.

Giving parents cash, not just targeted benefits like food stamps or rent vouchers, matters. There are myriad things parents need that can only be bought with cash, from diapers to clothes to bus fare to sports fees. Many families have nothing saved to see them through crises such as a car breaking down or a health emergency. “It is just a reality that life requires cash,” said LaDonna Pavetti, vice president for family income support policy at the Center on Budget and Policy Priorities , a liberal-leaning think tank in Washington, D.C. “And if you don’t have it, then you’re struggling.”

Because the income is guaranteed for a year, it also allows the mothers to prepare for the future. “Planning is something so many of us take for granted,” Nyandoro said, but it allows them to “dream and think.” When the program started out and the mothers were asked what they were hopeful for, “It was always about their kids,” she said. Now, they share their plans for becoming paramedics or owning their own salons or childcare centers. “Women are dreaming about themselves for the first time.”

Brianna Epps’s mother died of lung disease when she was 10 years old, and her father has been in and out of jail “since I can remember,” she said. Her four aunts stepped in to help raise her, but “you can tell the difference when you’re not raised by your parents,” she said. Today she has four children of her own. Difficult pregnancies and a lack of childcare has made it hard for her to hold down a regular job, so before she was enrolled in the Magnolia Mother’s Trust she was cooking soul food in her home and selling it to people in her community.

The stress of what she’s lived through has contributed to three different nervous breakdowns. She had returned home from the hospital a few months earlier when she found out she was selected for the second cohort of the Magnolia Mother’s Trust. She’s used some of the funds to create a limited liability company for her catering business. Her bank account had been closed due to lack of funds, but she was able to open a new one and keep it open. She bought her kids clothes and shoes. They went out to a restaurant once a month to experience new things. “I was able to invest in myself, invest in my children,” she said. “It wasn’t a whole lot, but it’s the little things that count.”

The impact hasn’t just been on her finances. “It gave me joy,” she said. “Mentally, it strengthened me.” And that affected her children, too. “They got to experience me more healthy and whole.”

The expanded Child Tax Credit is expected to cut child poverty in half. For the kids themselves, the research is clear that growing up in a family with more resources leads to better outcomes later in life. “It’s remarkable how big the benefits are,” said Irwin Garfinkel, an economist at Columbia University who has worked on the research. They start in utero—with cash benefits reducing low birth weights and infant mortality—and last throughout their lives, leading to better health, education, and earnings.

But the money isn’t just good for the kids. “If you increase income, life just gets a little easier,” Garfinkel said. “Income enables better parenting because the parent is less anxious.”

Tamara Ware’s mother gave birth to her and her twin sister at the age of 15. “She was a baby herself,” Ware said. Her mother would eventually have five daughters by the time she turned 21. Then, when Ware was six, her father was shot in the back and paralyzed. Her mother had to find a job, and her grandparents stepped in to help raise her and her sisters.

But she didn’t experience her own financial hardship until she had children herself. Things weren’t so bad when she had her oldest daughter at 17, because she was the first baby in the family and Ware had lots of support. “When I had my second daughter, that’s when I really learned how to become a mother,” she said.

Ware has worked in childcare ever since her oldest daughter was born, but the pay is meager. “I’m staying in childcare because that’s what I love,” she said. “If you’re staying for the money, you’ll be damn near homeless.” Now all three of her daughters are teenagers. “It is very trying,” she said. It’s not just the regular tug-of-war between parent and child trying to grow up and push away, although it is that, but also trying to afford the things they want and deserve. One of her daughters is on the dance drill team, and Ware continually struggles to pay the fees. “I didn’t want to shatter her dreams, because she worked hard for it and made it,” she said.

Then Ware quit her job in early February. She received her first Magnolia Mother’s Trust check by the middle of the next month. The extra cash meant she stayed on top of her bills, which gave her a break from constant financial worry. She stopped having to scramble to afford basics like soap and tissues every week. “It took me out of a very sunken depression,” she said. “If you have money, you can make your way around anything.”

Eventually, the money meant a lot more than just staying financially afloat. She hadn’t been able to throw her girls birthday parties since they were little—their birthdays are all right before school starts, and the money always had to go to supplies. But last summer she threw them a big bash, complete with cake, ice cream, and a deejay, “the whole nine,” she said. She had to excuse herself at one point so she could cry. “It’s the little things,” she said.

She faced another crisis when she contracted Covid-19 in November 2020 and ended up sick for a month, including a two-week hospital stay with time on a ventilator. She worried every day that if she died no one would care for her children. But while she was sick, she solved the problem easily: She was able to send her sister money from the Magnolia Mother’s Trust to feed and house her children for the month they were apart.

Ware’s payments ended this February, but the benefits continue. She learned how to save, socking away $100 every month. She had $1,200 in a savings account by the time she got her last check in February this year. “I was proud of myself for that, because that was hard to do, but I did it.”