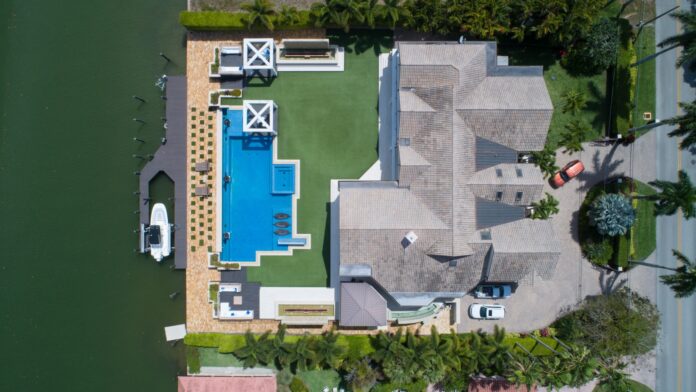 The Pandora Papers investigation by the International Consortium of Investigative Journalists (ICIJ), a non-profit newsroom and network of journalists based in Washington, D.C., has revealed there are still some go-to havens for those looking to hide illicit wealth.

The people who don’t get mentioned as much in the media coverage of the Pandora Papers, however, are the enablers devoted to helping the richest people in the world get richer and to pass on their wealth while avoiding or evading taxes. These enablers help criminals and kleptocrats launder their ill-gotten gains.

They may not be as wealthy as their clients, but they are paid millions to hide trillions.

For many years there has been a well-established “wealth defence industry ” made up of a coalition of professionals — ranging from advisers and bankers to lawyers, accountants, notaries and estate agents — who use anonymous shell companies, family offices, offshore accounts and trusts to help the world’s richest people shield their wealth from tax collectors.

These highly compensated “enablers” are assisting oligarchs, dictators and criminals around the world.

There’s been a lot of mainstream reporting on the actual crimes, abuses and financial misdeeds of malicious foreign states and wealthy individuals. But what about the intermediaries to the financial system who handle the details and provide the get-away mechanisms for the criminals?

Some elites pay respected professionals and businesses to open political doors, to lobby against sanctions, to fight legal battles and to launder money and reputations. In doing so, these institutions and individuals push the boundaries of the law and degrade the principles of our democracy.

According to the Deloitte Anti-Money Laundering Preparedness Survey Report 2020 , the amount of money laundered in one year is estimated to be between two per cent and five per cent of global GDP, or from USD 800bn to USD 2trn annually.

The ICIJ’s FinCEN Files offer unprecedented insights into a secret world of international banking, anonymous clients and, in many cases, financial crime.

They show how banks blindly move cash through their accounts for people they can’t identify, failing to report transactions with all the hallmarks of money laundering until years after the fact, and even do business with clients enmeshed in financial frauds and public corruption scandals.

The insidiousness of ‘dark money’

Corruption and financial wrongdoing are by their nature secretive and often deeply complex. Dark money — essentially spending meant to sway political outcomes with no information about the source of the money — buys access to courts and politicians , consequently making society less fair and more inequitable.

What often distinguishes ordinary rich people from the oligarchy is that all oligarchs invest in wealth defence. They use their power and wealth to amass more power and wealth, to lobby and to rig the rules around them.

One of the challenges in cracking down on financial crime is the global race to the bottom among tax havens that are trying to entice customers by offering more lucrative incentives and a higher degree of secrecy for companies. Enablers who are part of the wealth defence industry develop and market strategies, structures and schemes to avoid tax liabilities and regulatory scrutiny.

Beneficial ownership databases aimed at combating money-laundering have become an increasingly popular reform around the world in the aftermath of the Panama Papers , which focused international attention on how corporate anonymity can enable a range of social ills.

As this trend continues, there’s hope that as more jurisdictions institute greater beneficial ownership initiatives and tax transparency, remaining “outlier” offshore destinations like Bermuda, the Cayman Islands and Malta will be sanctioned into compliance by the threat of exclusion from the global financial system.

In the meantime, many jurisdictions continue to evade law enforcement agencies that chase the secret money trails of tax dodgers and criminals.

Due to all the obvious regulatory and enforcement gaps, and to the seeming lack of political will to address those gaps actively and practically, there are some encouraging signs suggesting governments around the world are being forced to act.

There’s now a growing global demand for greater transparency and accountability, combined with calls to address the widening wealth inequity as well as demands from investors for the adoption of ESG (environmental, social and governance) principles .

While those factors play a role in getting the attention of senior political leaders, the cynical reality is that the probable primary motivation of these leaders is the serious and alarming trend of a reduction in tax revenues . The endorsement of the concept of a 15 per cent minimum global tax rate by G7 leaders at their June 2021 summit is a clear indication that the winds of change are coming.

The current model is not sustainable. Fiscal realities, along with political pressure and necessity, will force political leaders to act. They’ll soon have to do much more than pay lip service to wealth inequality and power imbalance, which allows the wealth defence industry and their clients to subvert the system and avoid paying their fair share.

Greater transparency and accountability are needed to expose the enablers and to reduce the loopholes that enable wealthy individuals and criminals, along with corporate entities, to operate with impunity.

This article is republished from The Conversation under a Creative Commons license. Read the original article .